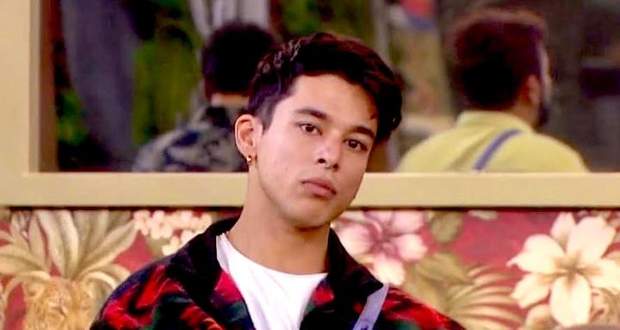 Today's Bigg Boss OTT 1 September 2021 episode of season 15 starts with (Day 24) everyone waking up to the theme song of Money Heist Season 5.

Nishant Bhat tells Millind Gaba and others that he is not upset with Muskaan Jattana but just wants to have his own time.

Meanwhile, Pratik Sehejpal tries to comfort Moose and tells her to give Nishant his space.

Akshara Singh consoles Nishant who cries that he's become so cold that he didn't even feel guilty about tearing the letter from his parents.

Bigg Boss announces that the Boss Man, Pratik and Boss Lady, Neha Bhasin are given the right to save one nominated contestant from eliminations.

Further, Neha manages to convince Pratik to save Shamita Shetty which shocks Nishant and Moose.

Moose cries and tells the audience to save Nishant as she doesn't want to participate alone while he ignores Neha.

Later, Nishant and Moose talk to each other and clear up their misunderstanding and hug each other.

Shamita and Raqesh Bapat get into an argument and she refused to talk to him.

Aftersds, Bigg Boss announces that Nishant is saved from the elimination while Shamita and Raqesh again argue and broaden their issues.