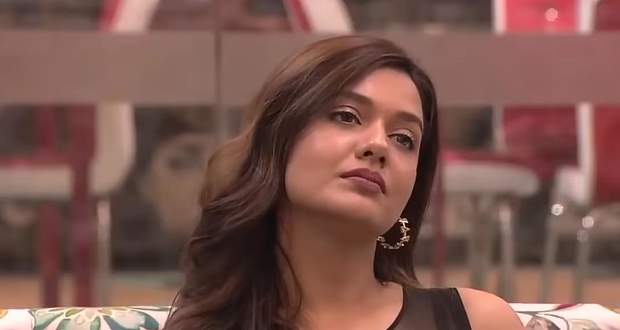 Ridhima Pandit tells Divya Agarwal that she should've plotted against Neha Bhasin and Millind Gaba instead of her while Nishant Bhat includes himself in the conversation.

Pratik Sehejpal turns the tables and says that the task is useless while Divya argues with him regarding it.

Moose asks Nishant if they should support Pratik but he refuses to say that they don't want to look desperate.

Neha and Raqesh Bapat question Akshara Singh who left the cup unwashed and refuse to wash the dishes today.

Further, Pratik pushes the table into the pool and Raqesh argues with him for it.

Zeeshan and Pratik get into a physical fight while Nishant separates them but their verbal abuse continues.

BB Factor task continues and in the third round, Zeeshan tries to steal Nishant's blocks but Pratik stops him while Raqesh disqualifies Nishant for taking the help.

In the last round, Neha and Millind get into an argument and she leaves the game while Shamita tries to stop her.

In the end, Zeeshan and Divya win the task and become the new Boss Man and Boss Lady.

Shamita advises Neha to talk to Millind while Nishant teases Moose about Pratik.

Later, Pratik and Moose talk about going on a date.