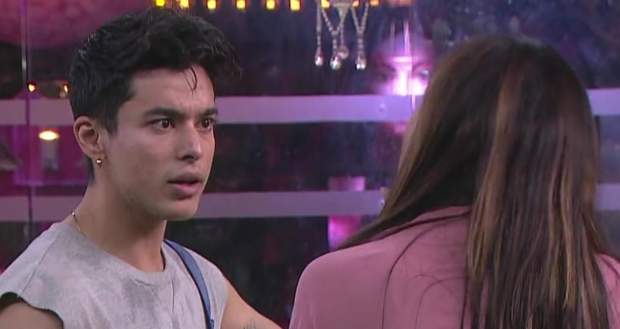 Everyone cooks breakfast while Akshara Singh, Millind Gaba, and Divya Agarwal talk about them.

Instant Bhat brings black tea for Akshara saying that it is from Pratik Sehejpal while Neha Bhasin asks Millind if he wants to eat breakfast.

Divya teases them saying that their ex-connections are trying to form a friendship.

Pratik and others try to tease Muskaan Jattana by showing his body to her while Akshara tells Neha to play the game with disunity which confuses her.

Later, Moose tells Nishant that she is not reacting to anything as she does not want to be possessive by not one but two people on this show and would like to explore her feelings outside of the show.

Surprisingly, he tells her that he would also like to explore their feelings for each other outside of the show and hugs her.

Later, Bigg Boss announces that the connections Neha-Pratik and Akshara-Millind have been nominated by the audience to become Boss Man and Boss Lasy of the house.

Divya reads the instructions for the 'Khoonkhar Bhediya' captaincy task in which the two connections will make pyramids out of blocks and the one with the tallest at the end will win with 4 intervals during which other contestants can destroy their pyramids.

Millind and Neha get into an argument while Shamita Shetty and Moose destroy Akshara's pyramid in the first interval.

Divya and Moose destroy Pratik's pyramid in the second interval after they force Divya to leave the garden area as she can't stay there.

Divya tries to sabotage Pratik in the third interval but it doesn't work after which all the contestants fight and destroy both the pyramids.

In the end, Bigg Boss tells the other contestants to choose a winner and they select Pratik and Neha while Millind calls it unfair and decides to leave.

Elsewhere, Pratik gets into an argument with Moose while Millind takes his stuff near the exit gate and stays there.

Lastly, Raqesh Bapat argues with Divya and Akshara over the waste of food they are making.