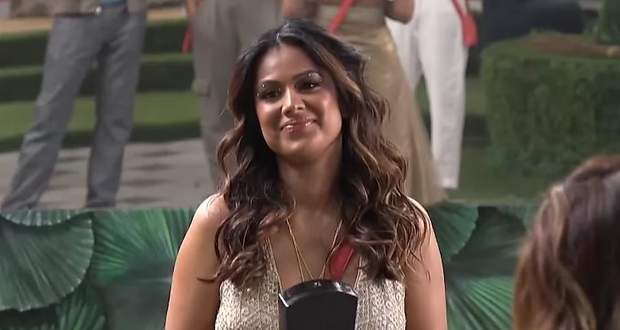 Raqesh Bapat talks to Shamita Shetty and clears their misunderstanding.

Meanwhile, Pratik Sehejpal and Neha Bhasin again argue with Millind Gaba, Akshara Singh and Divya Agarwal as they refuse to do tasks.

Nia Sharma makes her entry and praises Raqesh while wishing him a happy birthday.

Bigg Boss announces that Neha and Pratik are not the Boss Lady and Boss Man anymore and that Nia is the new Boss Lady for the day.

Nia reveals that she has a play and pause button which she can use on any contestant.

Later, Nia gives talks to all the contestants and gives them advice on what they should do and how she looks at their gameplay.

Bigg Boss announces a new task which will make the winning connection contents to become the next Boss Man and Boss Lady.

At night, everyone celebrates Raqesh's birthday.

Raqesh steals Prakit's coins and they all get into a playful fight.