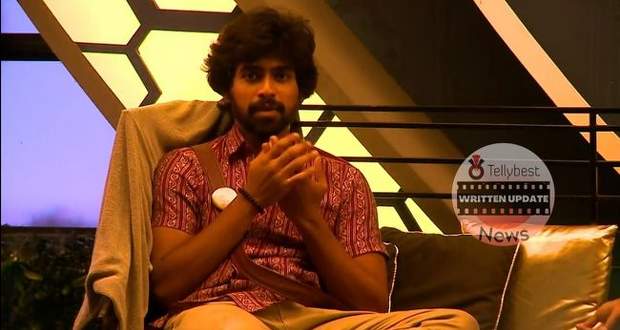 Today's Bigg Boss 6 Tamil 15th November 2022 episode (day 36) starts with the contestants performing their morning routines and getting ready for the day’s tasks.

Myna Nandini then announces the Luxury budget task of the week as the "Roast challenge".

Each housemate must pair with the other and roast each other based on their activities in the house.

The one who roasts the other better will be declared the winner of the luxury budget task.

The pairs for the roast task are as follows:

Their co-contestants act as audience and vote for the best roaster and each winning player will receive 400 points.

Later, Azeem announces the main task of the week as the "Royal Museum task" where BB house turns out to be a royal museum.

The contestants divide themselves into 3 teams. The three teams are the royal family, soldiers and servants.

The first team is the royal family which has 6 members like King, Queen, Prince, Princess, advisor and commander in chief.

The soldiers' team has 5 members and they must take care of the belongings of the royal museum.

The servant team includes 4 members and they must take care of the BB house by performing cooking, cleaning, etc.

The members are allotted to their respective positions based on the votes they receive from their co-contestants. The list is as follows:

The contestants get back to their roles and perform the task and their assigned roles diligently.

© Copyright tellybest.com, 2022, 2023. All Rights Reserved. Unauthorized use and/or duplication of any material from tellybest.com without written permission is strictly prohibited.
Cached Saved on: Monday 21st of November 2022 06:17:33 AMCached Disp on: Thursday 1st of December 2022 02:39:01 AM