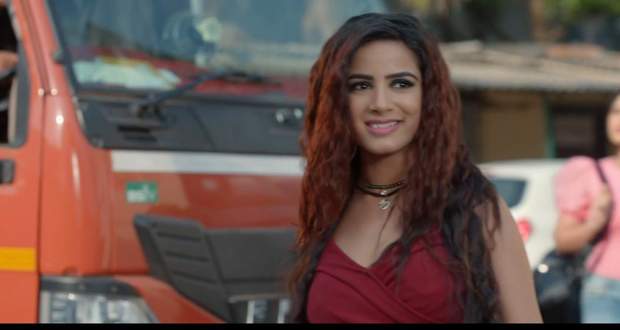 Today's Brahmarakshas 2 14 February 2021 episode starts with Angad taking the gun and going to the jungle to save Robin.

In the forest as per Kalindi’s plans, Brahmarakshas separates from Robin’s body.

Kalindi injects the inject filled with her blood into him meanwhile she manages to bring back Robin’s life again.

In the end, Brahmarakshas is destroyed by Kalindi’s sword and burnt into ashes.

Angad misunderstands the incident and shoots her but luckily she escapes.

However, Prithvi takes advantage of the situation and kills Kalindi.

This not the end of the story as Kalindi’s twin sister, Chandni enters the story who was separated from her as per the decision of Mahamaya, at their birth.

On the other side, Angad repents for his acts and decides to throw Prithvi out of the house for being disloyal to them.

Prithvi does emotional drama and manages to convince them to let him work as a servant.

In the present, Robin takes up the business while Angad spends his time reliving his moments with Kalindi.

However, Shakti could not bear to see him in pain and told him to move on to the business affairs and tells him to go on a business auction of jewellery.

Further, Angad went Robin to Delhi for the business auction of jewellery.

But the venue, Chatak Chorni (Chandni) robes the jewellery but Angad sees her but fails to catch her.

Later, Chandni betrays her boss and escapes from Delhi to Ambala.

In Ambala, she gets attacked by some people and crosses over the ashes of Brahmarakshas while escaping from them.

Due to this, Brahmarakshas comes to life once again.

© Copyright tellybest.com, 2020, 2021. All Rights Reserved. Unauthorized use and/or duplication of any material from tellybest.com without written permission is strictly prohibited.
Cached Saved on: Thursday 18th of February 2021 11:46:50 PMCached Disp on: Monday 1st of March 2021 12:08:34 AM