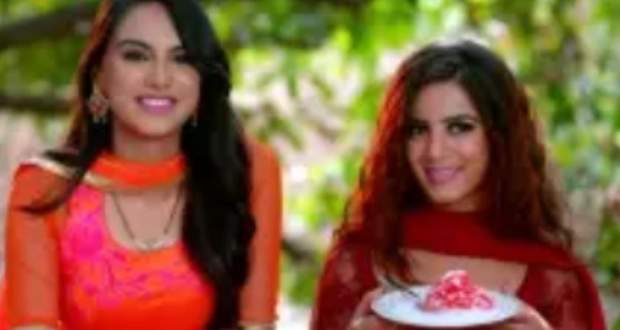 Brahmarakshas enter into the police body and acquires his soul.

Later, he comes to the new restaurant of Robin like a normal police officer to investigate the case.

Meanwhile, Chandni sees the officer and gets frightful as she is the wiper.

Brahmarakshas feels something is not okay as he could smell the powers of Chandni.

Then the police is not able to find any clues at the restaurant so they leave.

Robin brings Chandni to their house and introduces her to all as Kalindi while everyone is shocked.

Later, Minty hugs Chandni and questions her about the past but as she did not know the answers so she pretends to faint.

The next day police come to the station and introduce himself to the other police officers. He also offers them money to do work in favor of him.

Pruthvi and his wife try to kill Chandni but it turns out to be a comedy show in the end.

Minty and Shona (Chandni’s friend) get into an argument about the morning drink of Chandni while Chandni drinks the beer which shocks Minty.

Another incident at the dining table where Chandni eats her breakfast like an uncultured person makes the family members worried about her behavior.

Minty takes the initiative to change Chandni’s behavior but she fails.

Angad gets into rage seeing Chandni’s abnormal behavior and warns her to change herself or he will throw her out of Ambala.

Chandni prepares a red velvet cake for Angad but Paridhi adds strawberry pure to it which Angad is allergic to.

Later, at the picnic Angad eats the cake and starts to cough.