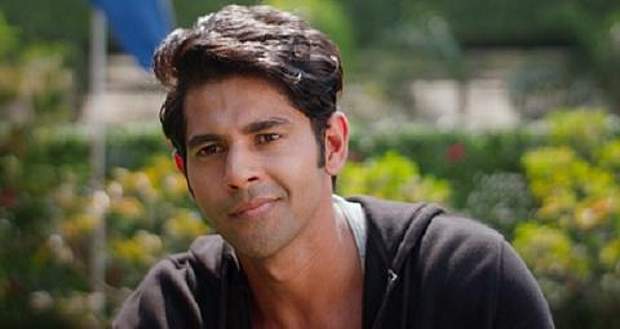 Today's Chiku Yeh Ishq Nachaye 3rd March 2022 episode starts with the blindfold game. Instead of helping Chikoo Dhanush makes fun of her with his arrogant comments.

Furthermore, the MC of the competition announces Chikoo's exhaustion.

Later, Chikoo trips and falls on the ground amidst the game. Dhanush rushes towards her and massages her ankle and asks if she is feeling better.

However, Chikoo denies taking Dhanush's help and wins the game on her wits and efforts. Dhanush starts cheering for her and realizes it all of a sudden.

At the same time, Mini blotch in anger witnessing Chikoo playing the game with Dhanush. The crowd cheers Chikoo's triumph while Mayank teases about dragging the weight.

On the other hand, Dhanush seems anxious and excuses himself. Sameer appears and asks him to relax by concentrating on his breath.

Later, Dhanush and Chikoo triumphantly wave their collage flag. She tells him that at times if a weakness is used correctly it becomes someone’s strength.

At the same time, Sameer comprehends Chikoo's victory and clicks her photo.

On the other hand, Chikoo and Dhanush get a gold medal. She also says that both of them can never be a good team.

Elsewhere, a security agent tracks Kamini's necklace and starts checking everyone. She gets furious when the necklace is found in Aarav's bag.

Furthermore, Kamini prevents Aarav from entering the kitchen as his punishment.

Later, Aarav confronts Niwan about the theft and asks him about the reason.

On the other hand, Keshav feels happy about Dhanush's victory but Alka scolds him about his simple-mindedness.

Later, Aarav informs about his retribution to his friends. They console him and try to cheer him up.

However, Dhanush feels uneasy and posts a comment that he is feeling defeated even after winning the tournament.