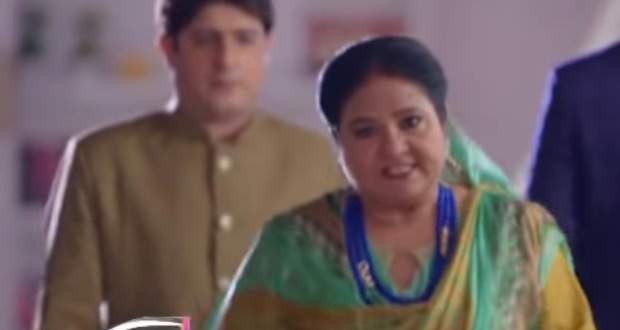 Today's Choti Sardarni 10 August 2021 episode starts with Nikhil noticing the injury on Rajveer's hand and scolding him while trying to inform Dida about it but Rajveer stops him.

Elsewhere, Dida informs her people that Rajveer should not find out about the blast.

Nikhil tends to Rajveer's injury and learns that he is the one who saved Seher from the blast.

Meanwhile, Seher removes the black eye from her brothers and they all think about the scarfed guy who saved them.

Later, they all talk to Kunal on a video call and inform them that they are going to have Seher and Kunal engaged after two days.

Tricky sees the news of the blast and Seher and her brothers try to distract him while Seher looks at the news and realises that the scarfed man is wearing an NGO ribbon.

Meanwhile, Dida tells her men that the news about the blast in the Seher chemical factory should not cool down.

Seher calls the NGO and they tell her that they will give her the picture the next day so that she can find out who saved her.

Seher talks about her engagement and gets upset remembering Rajveer.

Meanwhile, Rajveer gets happy hearing Seher's voice messages and sends her a voice message that he can't come to her engagement party.