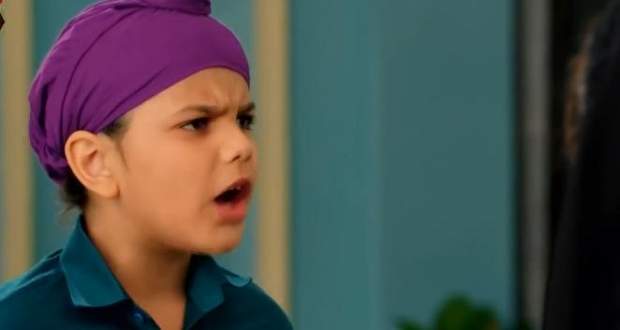 Today's Choti Sardarni 10 March 2021 episode starts with Meher saying that there were two deaths, one of Jagga and the other of her.

She reveals that her words killed her and that she distanced Yuvi from her by manipulating him.

She says that no one supported her except Sarabjeet and that due to no evidence she was jailed.

She goes to the kids and apologises to them and tells them that they can punish her as she has accepted her sins whole the kids say that they don't consider as a murderer.

Meher says that Yuvi started hating her because of the Kulwant while Kulwant tells Yuvi that Meher is lying.

However, Yuvi says that her Meher Bua never lies and questions Kulwant of lying to him and goes to his room.

The people start chanting that Meher is not a murderer and start appreciating her while Sarab and the kids hug her.

Meher inaugurates the ambulance and gives answers to the media while Sarabjeet has a problem walking.

Later, Sarab tries to convince Harleen about Meher while she remembers how she kicked her out of the house.

Samaira is going while Harleen stops her says that she can't go anywhere.

Elsewhere, Kulwant tells Yuvi to open the door while he says that she lied to him.

She tells him that she will give him proof and makes him hear the recording of Jagga saying the words Betrayal and Meher.

Yuvi comes out of the room and announces that he will Meher and all of her family.