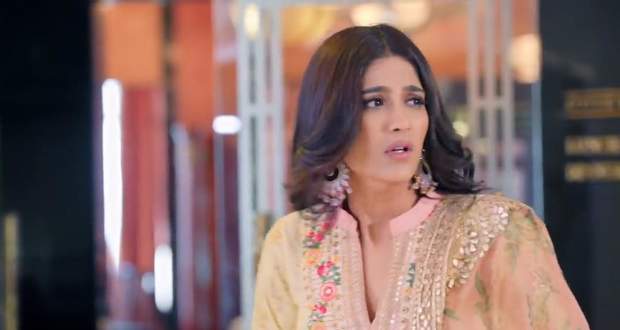 Today's Choti Sardarni 10 May 2021 episode starts with Harleen telling Meher that she knows what she is saying is true.

Harleen demands Sarab to hand over Param's upbringing to her but Meher refuses and argues with her.

She gets emotional while Param looks at them from afar.

Meher gets a call from the coach informing her that Param has been selected as the goalkeeper.

However, Param refuses to become a goalkeeper but Meher manages to convince him.

At night, Sarab remembers the moments Meher forgot and thinks that there is something wrong.

The next day, Yuvi informs Kulwant that Meher has invited all the kids to the celebration party for Karan and Param making the football team.

However, the kids surprise her with a mother's day celebration while Yuvi gets emotional remembering his parents.

Elsewhere, Sarab meets up with a doctor who checks Meher's medical reports and concludes that she has amnesia.

Meher forgets her credit card pin and goes out to call Sarab to ask him for it.

However, she has a headache and forgets the kids after which she goes in the car leaving the kids at the restaurant.

© Copyright tellybest.com, 2020, 2021. All Rights Reserved. Unauthorized use and/or duplication of any material from tellybest.com without written permission is strictly prohibited.
Cached Saved on: Tuesday 18th of January 2022 06:20:23 AM