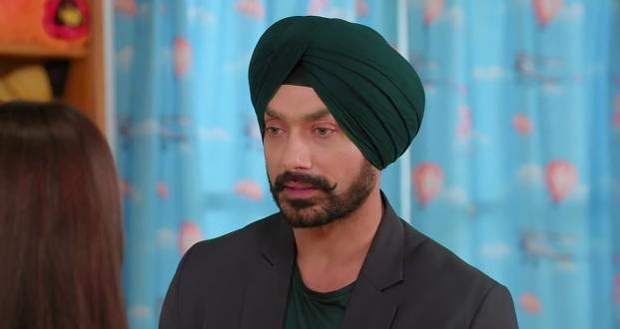 Amrit talks to Sarab and tells him that even though Meher is a great mother, her heart will always beat more for Karan as he is her blood relation.

Meanwhile, Meher makes the children's favorite dishes to cheer them up.

Sarab tells Harleen that he will give more importance to Param as he needs his love more.

Later, Meher goes to call Param for breakfast but sees Sarab looking for something.

She helps him search for Param's mark sheet while Harleen comes there and sends the picture to Khushi's boarding school.

Meher questions Sarab and he tells her that he is sending Param to boarding school as he wants to be in a different environment.

They both get into an argument while Sarab reveals what Seher told him and judges her.

He accuses Meher of leaving Param and saving Karan first and says that his decision is final.

Meher sits crying while Sarab days to let the past go and accept his decision.

Seher comes there and asks her if Param is really going to leave them as Meher starts crying even more.