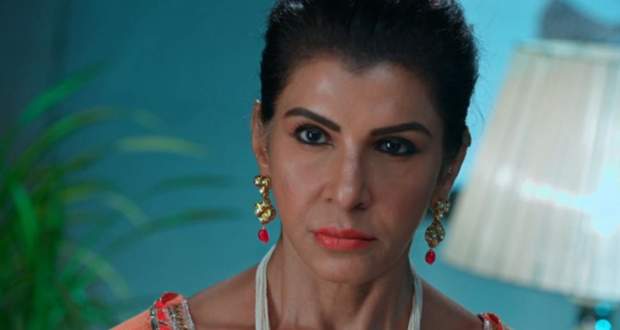 Today's Choti Sardarni 12 March 2021 episode starts with Karan telling Seher to hide as he will tell everything to Sarabjeet after he comes from the police station.

He goes to bring water for her while she looks out through the window.

Meanwhile, Kulwant reaches the place where the lady who kidnapped Param is and tells her to hand over Seher to her in exchange for money.

However, the lady says that she has not kidnapped Seher while Kulwant gets curious.

Seher is about to go to Sarabjeet to tell him everything but hides into the cupboard seeing police.

Sarabjeet locks the cupboard and leaves while Seher cries to let her out.

Karan looks for Seher while Param comes there after which Karan reveals everything to him and tells him to help him find Seher.

Param is about to call Sarabjeet while Karan stops him and requests him to not inform him about anything and help him find Seher.

Seher gets unconscious Sarabjeet reaches Kulwant's house and asks her where is his daughter.

However, she says that she hopes Seher dies a painful death which angers Sarabjeet and he rebukes her.

The police ask her what's in the bag while she reveals that went to every kidnapper in the city to get Seher in exchange for money but couldn't find her while Yuvi looks on.

Meanwhile, Samaira overhears Karan and Param talking realises that Karan hid her while they hear Seher coughing in the cupboard.

The police are about to put Kulwant in the jeep while Sarab gets a call from Samaira telling him that they have found Seher.

He apologises to the police and goes on saying that Seher has been found at home while Kulwant want looks on.

He reaches home and hugs Seher while Harleen is about to reveal the truth to him but Samaira stops her.

Karlan reveals that it is his mistake and apologises to him while they share a hug.

However, Sarabjeet realises that Seher has a fever and tends to her.