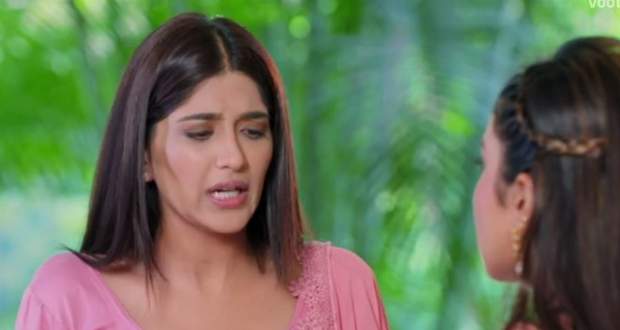 Today's Choti Sardarni 12 May 2021 episode starts with the kids singing the lullaby for Meher and making her happy.

The next morning, Sarab tries to romance Meher but she suddenly wakes up and gets away from him while demanding to know who he is.

Harleen also comes there and calms her by saying that she is the tutor who came to teach their children.

Meher tells the kids that she is going to her mother's home and leaves.

Sarab calls Kulwant and informs her that Meher's memory has gone back to 2010 and says that she is coming there.

Meher does not recognise Ginni and Jeeto and Kulwant introduces them as servants.

Meher fights with Bittu and Rana while Kulwant shows it on a video call to Sarab and says that Meher has become her old carefree self.

Sarab gets upset while Seher comes there and cheers up everyone.

© Copyright tellybest.com, 2020, 2021. All Rights Reserved. Unauthorized use and/or duplication of any material from tellybest.com without written permission is strictly prohibited.
Cached Saved on: Monday 6th of December 2021 08:45:58 AM