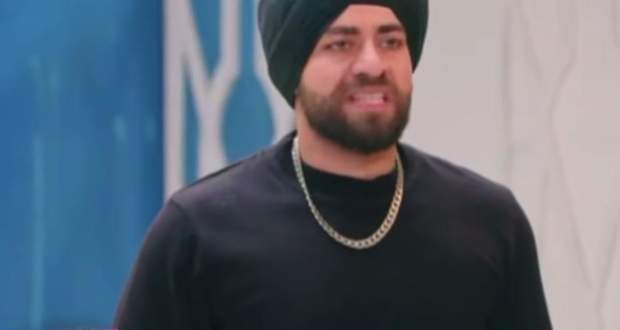 Today's Choti Sardarni 13 December 2021 episode starts with Rajveer telling Chadda that he is sure the girl is Seher and tells him to unveil her after which he cuts off the phone.

Chadda unveils the girl who turns out to be someone else as a flashback shows Seher realizing that Chadda might unveil her to learn of her identity.

Seher tells the lady through the earpiece to create a drama and the lady slaps Chadda while demanding the papers.

Seher tells the lady to exchange the papers and the lady asks Chadda for a pen while exchanging the papers.

Elsewhere, Rajveer manages to get out of the room and rushes to Chadda's office.

Rajveer returns home and sees Seher and her family celebrating while she stops him and tells him that she got the house back in 2 days as she had promised.

She shows him her injured hand and says that it will remind her how he keeps hurting her.