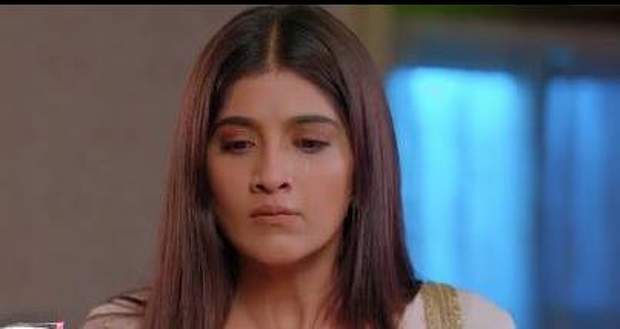 Today's Choti Sardarni 13 July 2021 episode starts with Param giving his interview to the principal of the boarding school as she asks to meet his mother.

Sarab talks to the principal on video call but she asks to talk to both the parents.

Meher hears Param talking it to Harleen and goes to give an interview as Sarab signs her to not create any problems.

The principal says that Param's grades are low as per their criteria but Meher manages to convince her by praising Param's achievements.

Param gets happy hearing the good news that he got the admission while Meher acts distant towards Sarab causing them to fight.

At night, everyone gathers around the bonfire as a way to give farewell to Param.

Param is holding the wood sticks and accidentally falls on Daarji.

He asks her why he saved Sarab and not him and Param says that he knew that Daarji was strong.

Daarji praises him for taking the right decision and explains to him that the same thing might have happened at the cliff.