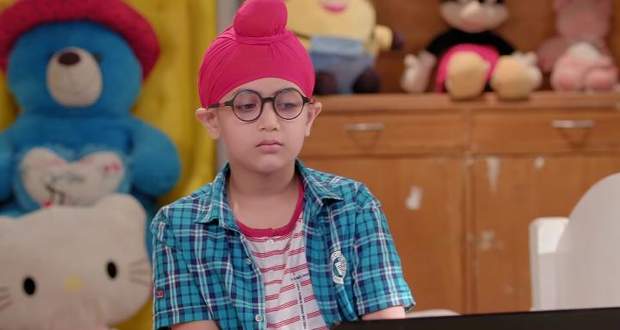 Today's Choti Sardarni 14 July 2021 episode starts with Harleen asking Param who he will miss the most.

Param takes everyone's name except Meher which hurts her feeling while Seher notices it and confronts him about it.

Further, they play spin the bottle in which Meher and Sarab are asked to dance but they make up excuses.

However, Daarji orders them to dance and they awkwardly dance.

Meher is about to fall into the bonfire but Sarab manages to save her at the last minute.

Later, in the kitchen, Sarab asks Meher if she is hurt but she says that the wound she has will not be healed by ice and they argue silently.

Seher gifts Param a flipbook that shows the whole family together as Meher pointedly looks at Sarab.

The next morning, Param bids goodbye to everyone while they notice Meher's absence.

Amrit reveals that Meher has been reading Paath since the early morning as Meher prays for Param.

She prays to God to keep Param from going as she cannot live without him.

Param looks at the chocolates while Seher reveals that Meher made them especially for him.