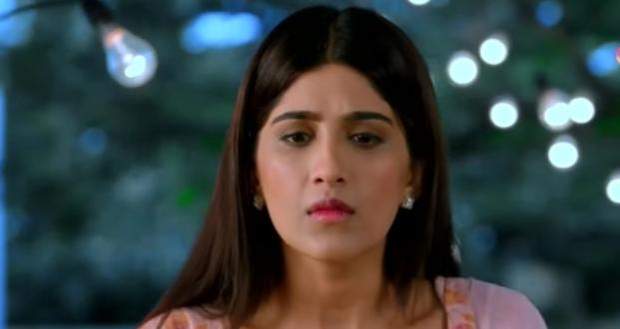 Today's Choti Sardarni 16 July 2021 episode starts with Sarab apologizing to Meher and following her around the house while she tries to ignore him.

She tells him that she is shattered as he questioned not only her but her motherhood and her pride which has left a crack in their relationship.

He locks both of them inside the room and throws the key out of the room saying that they will not go out until they start talking again.

Later, Sarab manages to get the food from outside with the help of a basket tied to a rope and tries to convince Meher to eat.

She refuses but gets convinced hearing a voice message from the kids and send them a video of her eating.

She drinks water and gets a weird feeling while Sarab smells it and wonders who added vodka to it.

Meher gets drunk and falls asleep after dancing around the room.

In the morning, Sarab feels good thinking that Meher's mood has lifted and calls his friend, Saloni.

She surprises him by saying that she has come to Amritsar and will talk to him face to face.

Meher comes there and tells Sarab that things are still not okay between them as he made her drunk without her consent.

She vents her frustration while he tries to justify himself.