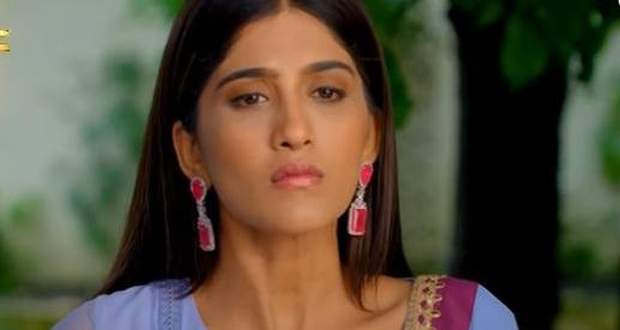 Today's Choti Sardarni 17 July 2021 episode starts with Meher telling Sarab that they have to keep up the act of being happy with each other in front of others as she doesn't want to worry them.

Later, Amrit and Daarji are bidding goodbye to the family while Sarab leaves due to a phone call.

Daarji tells Meher to forgive Sarab as Amrit warns them that a third person might come in between them.

Sarab meets Saloni and she keeps flirting with her while Param calls Sarab.

However, Saloni disconnects the call.

Sarab talks to Saloni about something and informs her that Meher doesn't know about it.

At last, she agrees to help and asks him to pamper her in return.

At night, Sarab and Saloni are texting each other while Meher gets curious as to whom Sarab is texting.

The next morning, Meher and Sarab again get into an argument while the kids ask him why he didn't pick their call.

He says that he was busy and informs Harleen that he has to go somewhere before going to college.

Sarab's phone falls and Meher gets shocked seeing Saloni's flirtatious texts while she recalls Sarab texting someone at night.

He leaves while Seher gives a rose to Meher and says that Sarab got it for her but she squshes it.