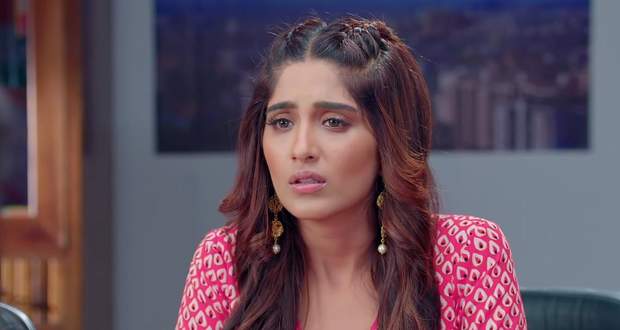 Today's Choti Sardarni 18 August 2021 episode starts with Rajveer volunteering at the Gurudwara while a man encourages him saying that God will solve his problems.

Meanwhile, Karan and Param inform Dida that Seher has accepted Rajveer's proposal and she happily tells Bobby to postpone their court hearing.

The brother tells her that the guy Seher loved betrayed them while Dida acts as concerned for them.

She further tells that their case will get fully closed only when their sister gets married to Rajveer.

Rajveer gets shocked seeing Seher at the Gurudwara while she goes inside and complains about her life to God.

The lady from the office overhears her and tells her the truth feeling guilty.

She tells her that she will send the evidence of Kunal boarding the flight by night while Nikhil calls Kunal home.

Dida acts as sick and emotionally manipulates Kunal into meeting the girl and her family.

Meanwhile, Seher talks to Gije about Kunal while she overhears her brothers worrying about the court case.

Elsewhere, Kunal manages to get out of the shed but the watchman catches him and warns him that the goons will kill him.

Kunal writes a letter to Seher on a note and requests the watchman to get the note to Seher.

At night, Seher and her brothers reach CM's mansion as they try to calm her.

Rajveer goes to the washroom while Seher and her brothers meet up with Dida and talk to her.

Seher gets the evidence from the office lady and she also leaves making excuses of bathroom.

© Copyright tellybest.com, 2020, 2021. All Rights Reserved. Unauthorized use and/or duplication of any material from tellybest.com without written permission is strictly prohibited.
Cached Saved on: Thursday 11th of August 2022 04:03:30 AM