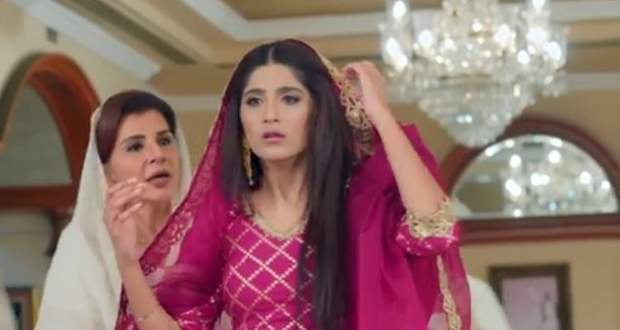 Today's Choti Sardarni 18 May 2021 episode starts with Dolly greeting the Gill family and giving the gifts to kids except for Karan which upsets him.

Sarab informs Kulwant that Meher has turned from Meher Tillon to Meher Gill.

Kulwant says that Meher should not come to her house the next day at any cost as it is Jagga's death anniversary.

The next day, Sarab and Meher go for the group marriage organised by them.

Elsewhere, Meher's memory again goes back to the past while Karan's school teacher calls her and she finds out that the kids are of Sarab.

Meher leaves from there while Sarab is distracted.

Meher meets Kulwant and goes inside seeing everyone in white attire.

She gets shocked seeing Jagga's picture with garland on it and falls unconscious while Sarab reaches there.