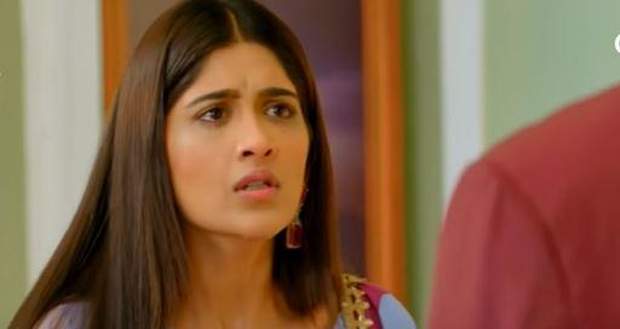 Today's Choti Sardarni 19 July 2021 episode starts with Meher searching about Saloni on social media and gets tense reading about her.

Meanwhile, Saloni and Sarab are at a lawyer's office and he gives them the number of Mr. Bakshi and orders Sarab to pick it up immediately if he calls.

Later, Meher calls Sarab and gets hesitant hearing Saloni's voice as she asks Sarab for his handkerchief.

He gets Mr. Bakshi's call and cuts Meher's call to talk to him.

Param comes home and informs Meher that he saw Sarab with a girl and confirms that it was Saloni once Meher shows him her picture.

Meher recalls Amrit's words and calls her while she advises her to not be late in forgiving Sarab.

Sarab comes home and Meher tries to confront him but Saloni calls him at the same time.

He talks to Saloni and goes out of the house while Meher follows him.

Further, she goes there and confronts them while Sarab stands shocked.