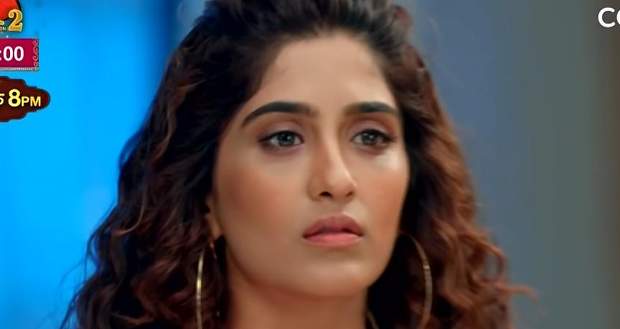 Today's Choti Sardarni 21 August 2021 episode starts with Mausaji making up stories while Mausiji tells him to not create suspense as she is not interested in his stories.

Later, Dida welcomes Mausaji and Mausiji as they ask her about Rajveer.

Elsewhere, Rajveer and Seher see the CCTV footage of the airport and get tensed not seeing Kunal.

Nikhil goes to the shed and gets tensed seeing Kunal not there.

Mausa and Mausi tell Dida that Seher will have to pass their test before the wedding and ask when is the engagement.

Seher cries as she can't find any evidence regarding Kunal and goes to the lady officer who helped her.

However, the lady officer refused to say that she transferred happened because of helping her.

Dida calls Param and tells him thag Mausiji wants them to do the engagement today shocking them.

He calls Seher and tells her the situation while she tells him to say yes to Dida after which she cries to Rajveer.

Kunal is on the road and fails to get help while Rajveer and Seher drive past him.

Rajveer tells Seher that he will stop the engagement while she says that they have to follow the instructions as she can't risk jer brothers' life.

Rajveer and Seher see Nikhil and question him while revealing that they are going to hotel crown to see the footage if Kunal left the airport or not.

The owner of the hotel refuses to let them see the CCTV footage and tells them that he is going to sell the hotel at an online auction at 7.

Rajveer says that he will buy the hotel and tells Seher that her happiness matters the most.

© Copyright tellybest.com, 2020, 2021. All Rights Reserved. Unauthorized use and/or duplication of any material from tellybest.com without written permission is strictly prohibited.
Cached Saved on: Friday 21st of January 2022 04:48:10 PM