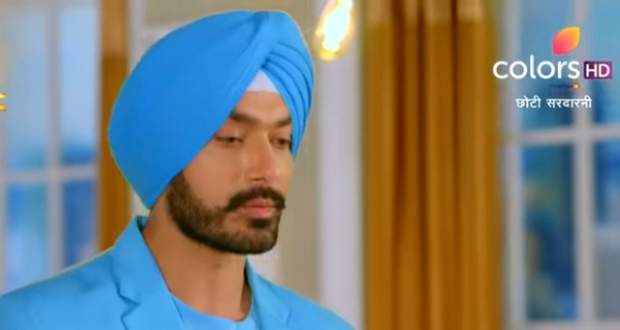 Today's Choti Sardarni 21 July 2021 episode starts with Saloni, Sarab, and Meher going to the ministry affairs office where prisoners of war are being released.

Trilochan Singh Dhillon's name is called out and Meher gets emotional seeing that it is her father.

Meher hugs him saying that she is Meher but he doesn't recognize her and asks for Kulwant.

Meher speaks a dialogue from the past and makes him realize that she is his daughter while he still asks for Kulwant.

Later, at home, the doctor checks Trilochan and the kids meet him while he keeps asking for Kulwant.

The doctor informs them that he might regain his memory after meeting Kulwant and Meher decides to bring Kulwant there.

The officials come to Kulwant's house and inform her to leave the mansion in 15 days as it is built on government land.

Meher comes there and Kulwant argues with her but gets shocked upon hearing that she is not a widow and that her husband, Trilochan is alive.

Kulwant requests her to take her to Trilochan but Meher keeps a condition and tells her that she will have to promise to leave her ego and try to be a better person.

However, Kulwant misunderstands her and tells her that she knows she will humiliate her in front of her husband.