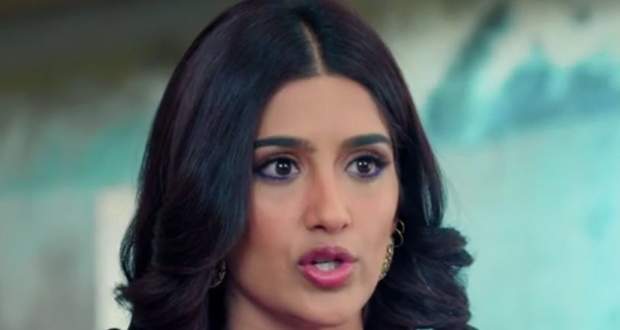 Today's Choti Sardarni 21 May 2021 episode starts with Sarab and Meher going to get her Chunni while flirting.

Meanwhile, Dolly instigates Harleen against Karan and says that he needs to be shown his real place.

The Chunni maker says that the dress could not be prepared and Sarab offers to make it for Meher.

Meanwhile, Harleen refuses to give the sword to Karan saying that only Sarbala can touch it.

Karen thinks to be the Sarbala but Param says that he will the Sarbala.

Dolly makes the kids do a boxing match and Param wins by intentionally hitting Karan too hard as Seher tries to break them apart.

Meanwhile, Sarab drops Meher at Kulwant's house where she tells Kulwant to help her find out about the truck and drive who caused Sarab's accident.

She recites the number of the truck while Kulwant realises that Meher is talking about the accident that she had caused.

Meher tells her to call the RTO and gives her the number of the truck.

© Copyright tellybest.com, 2020, 2021. All Rights Reserved. Unauthorized use and/or duplication of any material from tellybest.com without written permission is strictly prohibited.
Cached Saved on: Thursday 11th of August 2022 05:42:14 AM