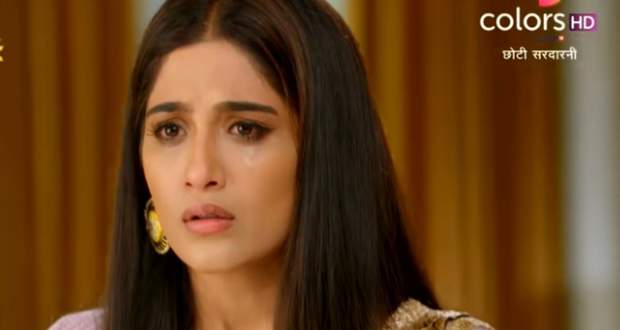 Today's Choti Sardarni 22 July 2021 episode starts with Meher convincing Kulwant that she has forgiven her for all her wrong deeds and tells her that she is is ready to take her to Trilochan.

Later, Meher and Sarab try to feed Trilochan and talk to him but he keeps asking for Kulwant.

Suddenly, Kulwant's voice is heard and she is seen dressed up as a married woman.

She further gets emotional seeing Trilochan as he happily talks to her.

He tells her that the government people told him that a person named Sarab Singh Gill did all the work to get him out of jail.

Kulwant happily looks at Sarab and introduces Trilochan to Meher and Sarab which makes him even happier.

Later, everyone is happily talking while Trilochan looks at the photo albums.

He sees Kulwant and asks for Jagga but everyone keeps silent.

Yuvi informs them that both his father and mother have died.

Trilochan suddenly falls unconscious and everyone gets worried as Sarab calls the doctor.

However, Trilochan tells Kulwant that his time has come and that he was waiting only to see her face.

Kulwant and others get emotional as Trilochan gives out his last breath.

Upcoming Chhoti Sardarni episode update: Meher and Sarab get into an accident.