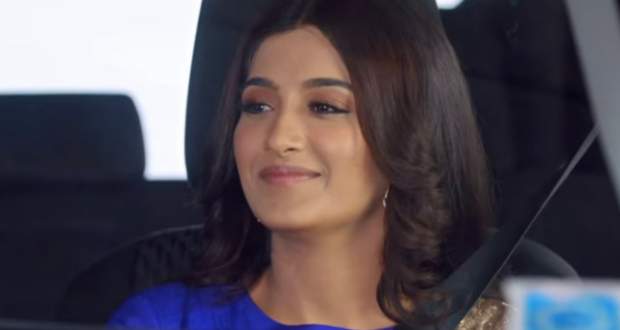 Today's Choti Sardarni 24 July 2021 episode starts with everyone getting ready for the family photo but Meher stops them saying that her family is not complete.

Another servant brings cutouts of Jagga and his wife after which the family picture gets taken.

They are about to go to the Gurudwara but Sarab gets a call from her secretary telling him that he has to attend an event.

Seher gets upset but Sarab promises her that he'll be back soon while Meher tells him that she will accompany him.

Later, they are romancing in the car when a truck hits and an accident happens.

They hold each other's hand and the people try to separate it to take them into an ambulance but fail.

They both get taken in an ambulance while their hands are still attached.

At the hospital, Seher runs after their stretchers but the family members hold her back as they get taken into the operation theater.

In the OT, Sarab and Meher struggle to speak while the kids come in and hold their hands.

The couple tells the kids to not fight and always be there for each other.

Meher and Sarab encourage the kids as they struggle to talk.

© Copyright tellybest.com, 2020, 2021. All Rights Reserved. Unauthorized use and/or duplication of any material from tellybest.com without written permission is strictly prohibited.
Cached Saved on: Monday 17th of January 2022 09:04:09 AM