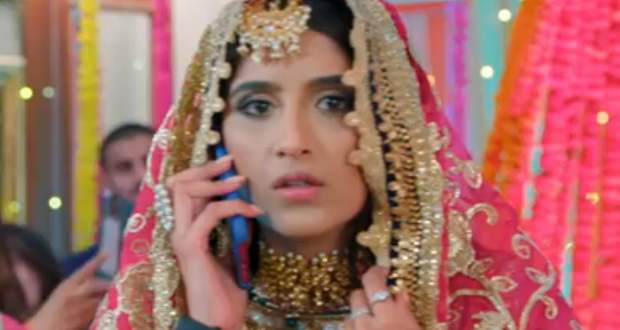 Today's Choti Sardarni 24 May 2021 episode starts with Param revealing that he accidentally hurt Karan while fighting.

Meher tells them to not fight again while Kulwant sees Harleen and Dolly getting tensed.

Meanwhile, the receptionist sees the footage and calls Meher to tell her that Kulwant was the culprit and suddenly Bitto and Rana come there and fight with him.

They collect the footage in a pen drive.

Elsewhere, Karan sees Meher's phone ringing and gives it to her.

Meher talks to the receptionist on call and he is about to tell her the truth but Bittu keeps a weapon under his neck to threaten him.

He lies to her and cuts the call after which Meher and Kulwant go there as she feels something unusual.

They see the place wrecked while Meher sees the wristband that Param had given to all of the guests and shows it to Meher.

She says that they will know who was the attacker by using this clue.

Later, Harleen and Dolly plan to separate Karana and Param and create distance between them.

Upcoming Chhoti Sardarni episode update: Meher plans to find out about the attacker.

© Copyright tellybest.com, 2020, 2021. All Rights Reserved. Unauthorized use and/or duplication of any material from tellybest.com without written permission is strictly prohibited.
Cached Saved on: Thursday 20th of January 2022 04:22:13 PMCached Disp on: Friday 21st of January 2022 03:52:47 PM