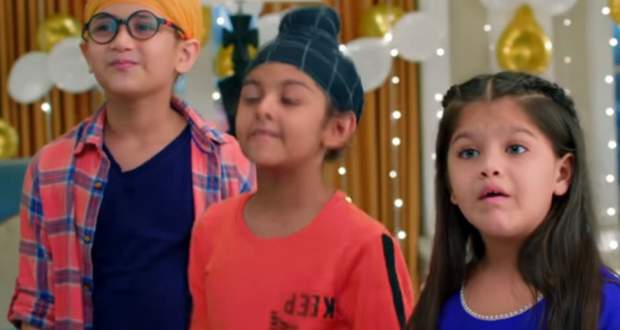 Today's Choti Sardarni 26 July 2021 episode starts with Meher telling Seher to always take care of her brothers while Sarab tells Karan and Param to take care of their sister.

Meher sings the title and the couple dies while the family comes inside and mourns their death.

Meanwhile, in Canada, Seher argues with a jeweler for a bracelet and leaves after taking it and throwing the money in the jeweler's face.

Seher reaches a marriage and gifts the bracelet to the bride and her friend Tanya.

Param and Karan taunt each other's choice of grooms when Basin comes there aiming the perspective grooms run away.

Later, Seher's friends joke and ask her what she would do if there were two babies born for her while two boys are shown getting ready.

Badi Ba shows Karan and Param fighting to Seher on call as Tricky repeats the same dialogue again and again.

Seher makes him stop and Karan and Param praise her for handling kids with special needs like Tricky so well.

She tells them to hug and they hug while Karan whispers to Param that Seher looks just like Meher and scolds like her also.

Later, Tanya throws the flower bouquet and Seher catches it and reaches the temple.