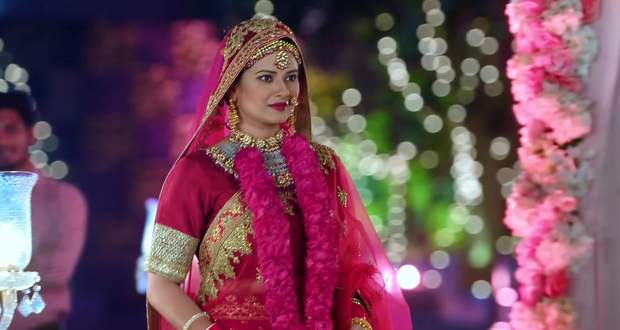 Today's Choti Sardarni 27 April 2021 episode starts with the kids asking Sarabjeet why the house is decorated and he tells Sandhya to explain it to them.

Sandhya explains them by telling them a story through dolls.

Meanwhile, Meher sees Kulwant going in a car and runs after it but fails to catch up.

The family performs the rituals while Meher roams on the streets and remembers parts of her memory.

Meher sees a picture of Sarabjeet and remembers everything.

She gets on a horse and rushes towards Gill mansion while people try to run after her for taking the horse.

Meanwhile, Sandhya and Sarabjeet sit on the mandap and do their first round.