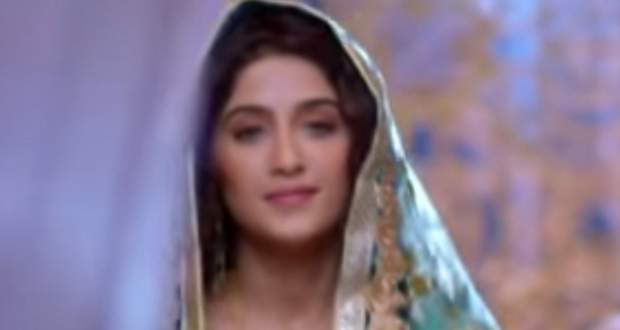 Today's Choti Sardarni 27 July 2021 episode starts with Rajveer saves a kid from getting injured and goes to Gurudwara while Seher comes there too.

He goes into the lake while Seher's necklace falls from her purse and falls into the lake but Rajveer finds it. He wears it around his hands and goes to pray where he and Seher pray together not knowing each other's presence.

Rajveer meets his friend and teases him about finding the perfect girl while he admires the necklace.

Later, Seher stops her friend from committing fraud when he praises her for being independent and wanting to open a school for the special needs kids.

Rajveer talks to his friend about his sister's wedding and he goes with them for the dance practice at MehRab dance studio.

He gets mesmerized seeing Seher as she dances with her while thinking that she is the one for him.

She orders the friend to keep an eye on them and tells him that she wants all the details of the girl.

Elsewhere, Seher sees her necklace in Rajveer's hand and calls him a thief while he explains the situation to her and gives her the necklace.

At night, Seher talks to Karan and Param and tells them that if they wanna do things for her, it should be done together only.

Rajveer sees Seher's videos while his friend makes fun of him.

Dida calls him and talks to him while he tells her that he has forgotten the inherited brooch in India.

She cancels her meeting with the Prime Minister and tells her secretary to book a flight to Canada.

© Copyright tellybest.com, 2020, 2021. All Rights Reserved. Unauthorized use and/or duplication of any material from tellybest.com without written permission is strictly prohibited.
Cached Saved on: Wednesday 22nd of September 2021 02:08:31 PM