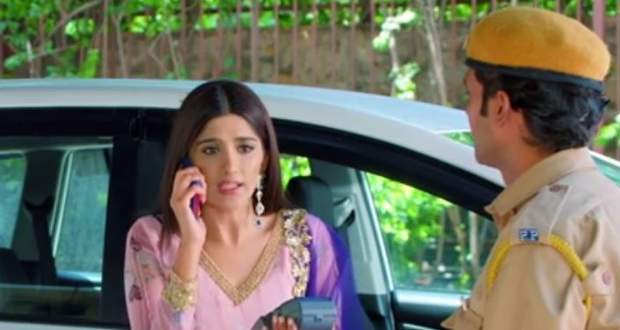 Choti Sardarni 27th May 2021 Written Update: Meher gets a clue about accident

Today's Choti Sardarni 27 May 2021 episode starts with the kids patching up and Meher giving Param a new laptop.

The kids go to watch the Chunni function's pictures while Sarab asks Meher why she is tensed.

She reveals that she was investigating his accident which upsets him.

Meanwhile, Bitto and Rana look for their pen drive while Yuvi reveals that he gave the said pen drive to Param.

Meher tries to cheer up Sarab while the laptop plays the CCTV footage of the shop but they don't acknowledge it.

The next morning, Meher is coming home while she stops at a checkpoint where the traffic police check her documents.

Meanwhile, a lady whose husband worked for Kulwant and died in an accident while on duty comes to her house and asks for compensation.

Yuvi gives the phone to Kulwant and Meher tells her that she found out with the left of the traffic police that the truck which caused Sarab's accident is one of the trucks of her company, Yuvraj transports.

Kulvant gives the lady money and tells her to leave the place after putting a lock on her house and not come back.

Kulwant lies to Meher that the lady's husband is the one who caused the accident and is dead now.