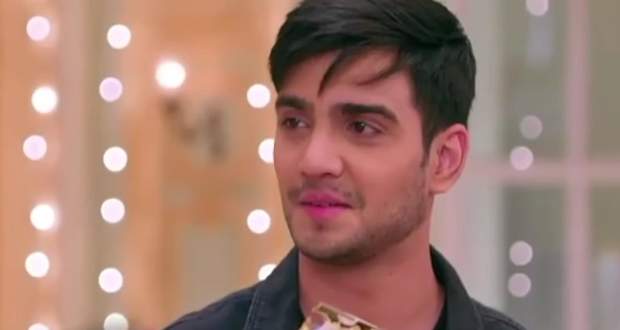 Today's Choti Sardarni 28 December 2021 episode starts with Fully asking Rajveer for the ball while he is unable to see the ball.

Just then, Ginni comes there and takes the kids while unintentionally saving Rajveer's secret from being exposed.

Rajveer calls his doctor who tells him that his optic nerve has been damaged further due to the accident and that he is going to lose his eyesight very soon.

He also calls someone and plans his own kidnapping while Harleen also plans the kidnapping of Kulwant and Karan.

Later, Seher brings Karan and Param to the kitchen and makes them help her make sweets to celebrate the inauguration of Punjab Dal and explains to them that they need to stay together how their parents wanted them to be.

Meher and Sarab's spirit looks down on them and feels glad seeing them together.

Seher makes Karan and Param hug and feeds each other while Harleen sees them and says that Karan will only listen to her from now on.

Seher leaves while Karan happily hugs Param and leaves after wishing him goodbye.

Elsewhere, Seher and Rajveer spend a beautiful date night together while he sadly thinks that it will be his last night with her.

In the morning, he surprises her and she happily goes to change for the inauguration while he feels upset.

At the breakfast table, Rajveer apologizes to Kulwant and everyone else while they happily accept his apology.

Bittu makes Lassi using a washing machine and serves it to everyone while Rajveer requests another glass saying that he won't get another chance later.

© Copyright tellybest.com, 2020, 2021. All Rights Reserved. Unauthorized use and/or duplication of any material from tellybest.com without written permission is strictly prohibited.
Cached Saved on: Wednesday 19th of January 2022 01:44:37 PM