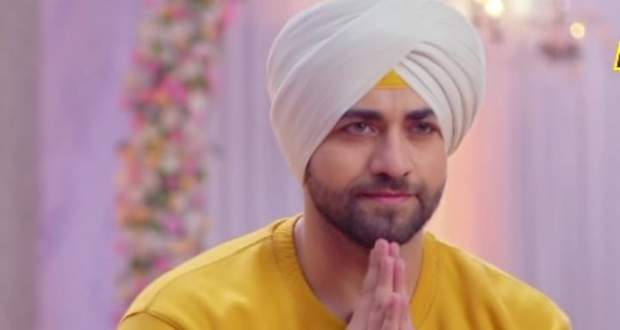 Today's Choti Sardarni 28 July 2021 episode starts with Dida telling her secretary, Bobby that the brooch should reach Rajveer before the next evening and gives him a brooch.

Elsewhere, Rajveer admires Seher at the wedding function and tries to talk to her but a man interrupts her.

Seher sees the bride trying to run away and talks to her while she learns that Minty doesn't want to marry the groom as she is in love with someone else.

Rajveer talks to Dida on call as the brooch comes there and he praises her.

She tells him to join the politics but he tells her that he cannot do it.

Seher talks to Minty's father about the issue but he tells her to mind her own business.

Later, she bumps into Rajveer and asks for his help in the situation while praising him.

Elsewhere, Seher sees them going and tells Jija that it's time for Plan B.

Nikhil tells Rajveer that Sartaaj is talking back to him because of the groom being a rich tycoon's son.

Just then, the Baarat comes and the groom is seen drinking alcohol.

Seher and Rajveer form a plan to make Minty elope just as her mothers comes there and takes her to the stage.