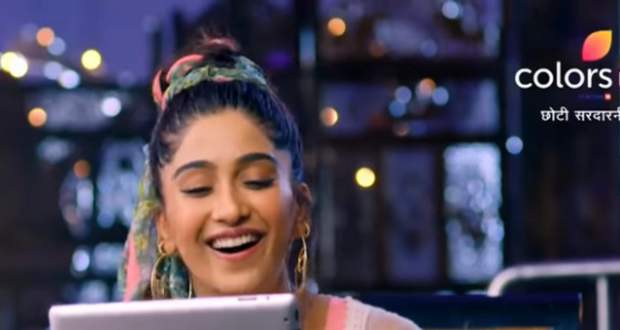 Today's Choti Sardarni 29 July 2021 episode starts with Seher and Rajveer trying to formulate a plan while she sees the groom misbehaving with Minty.

She storms there and pushes him away while slapping him.

Minty's brother argues with her and is about to attack her when Rajveer stops him.

Seher further explains the situation and shows Minty who is crying.

Minty goes to Sahil and tells him to take her away from there.

Minty's brother is about to attack him when Seher and Rajveer protect them and start fighting with the goons.

Minty's brother is about to attack Seher with a blade but Rajveer holds the blade in his head.

Seher tends to his injury while Minry talks to his father and confronts him saying that she doesn't want to marry the groom.

Her father understands her while Seher convinced her that her parents love her a lot.

Later, Minty's father praises Seher saying that she is a true Sardarni.