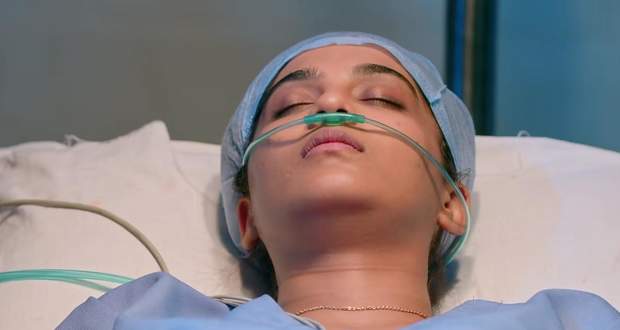 Today's Choti Sardarni 29 November 2021 episode starts with Rajveer hugging Seher's body and requesting Dr. Gaitri to do something as he holds Seher's hand and cries.

Kulvant comes there with the holy water from the lake and makes Seher drink it while Rajveer stops the doctors from stopping the process.

Suddenly, Seher squeezes Rajveer's hand and he informs the doctor who gets shocked saying that Seher has started responding.

Elsewhere, Harshdeep tells herself that no one can separate herself from her Sonu and calls the doctor to know about Seher.

Rajveer tells the kids that Seher is fine while Dr. Gaitri informs Rajveer that Seher has suffered a lot of blood loss due to miscarriage which shocks him.

Dr. Gaitri informs him that Seher was pregnant and after everything that happened on the plane she had a miscarriage while Rema tells him that Seher sacrificed the baby to save her child.

He calms himself and is about to go to Seher's room but the police come there and take him away saying that he can't stay there any longer.

Seher regains consciousness and her brothers take care of her while recalling their childhood moments.

Later, at home, Seher's family tries to cheer her up but fails after which Kulwant tells Seher to let out her sadness and she cries into Kulwant's arms.

Kulvant tries to feed her while Seher recalls losing her baby and cries.