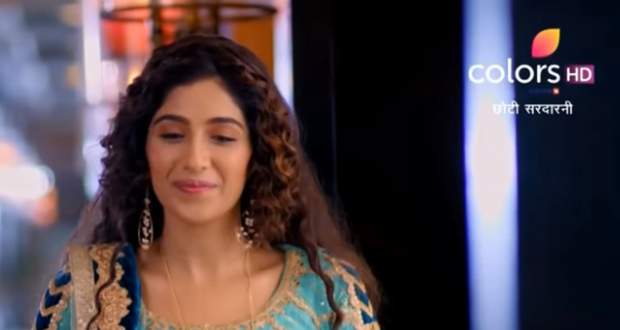 Today's Choti Sardarni 2 August 2021 episode starts with Seher asking Rajveer if he is okay and starts scolding him for not informed my her that he is acrophobic.

He tries to answer her but she tells him that she lost her parents in an accident and leaves saying she doesn't wanna see him again.

He tries to go after her but Nikhil stops him asking if she even loves him or not.

Meanwhile, Seher comes home and gets happy seeing a box containing her favorite ice cream and a note saying that someone is coming the next day.

Further, she informs GJ about the fight she had with Rajveer.

Later, Seher sees Rajveer standing outside her home in the rain gets worried while Dida calls Nikhil and informs him about Seher's background.

She tells him that she will need to know the current situation of Seher's family and disconnects the call.

Elsewhere, Rajan comes to meet Karan and Param while Yuvi instigates Karan against Param and they form a plan including Tricky.

Seher lets Rajveer in and he dries himself while she tells him that she forgives him and informs him to meet her at the Gurudwara the next day.

Rajveer leaves while GJ informs Seher that Rajveer loves her be she doesn't believe it.

Tricky misbehaves with Rajan while Karan and Param and start fighting which Rajan sees and informs about it to Dida.

At home, Rajveer gushes about Seher and informs Nikhil that he is going to propose to Seher the next day and that he is sure Seher feels the same way.

Nikhil gets a call from Dida who informs him that she is going to ask for Seher's alliance with Rajveer and tells him to make sure Rajveer doesn't get hurt.