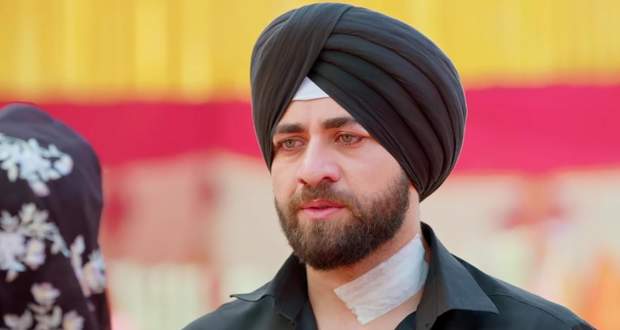 Today's Choti Sardarni 2 December 2021 episode starts with Rajveer tells Seher that he used to love her but not anymore and reminds her about Kunal and their baby's death saying that is a signal by God that they should stay separate.

Elsewhere, Kulwant and others realize that Seher is not at home and decide to look for her.

Seher tries to convince Rajveer that they are made for each other by reminding them of their moments while he refuses to accept his love for her and tries to leave.

She goes after him and is about to get hit by a vehicle but Rajveer saves her as they both fall on a stack of hay.

He scolds her for not being careful while she tells him that he shouldn't care whether she lives or die as he wants to stay away from her.

She tells him that he has to give her divorce if he wants to break all relations with her while hoping that he will confess his love for her.

However, he says that he will give her divorce and leaves which shocks her.

Later, Kulwant and others are worrying for Seher when she returns home and inform them about the divorce but they tell her that she took the right decision.

Meanwhile, Rajveer gets the message from Seher's lawyer to collect the divorce papers from his office.

Karan and Param try to cheer up Seher but fail after which they tell her to let go of her emotions and she cries on their shoulders.

Seher tells her brothers that she knows Rajveer loves her but isn't willing to accept it.

Elsewhere, Rajveer holds the divorce papers and thinks that he needs to separate from Seher for her good.

© Copyright tellybest.com, 2020, 2021. All Rights Reserved. Unauthorized use and/or duplication of any material from tellybest.com without written permission is strictly prohibited.
Cached Saved on: Friday 28th of January 2022 05:42:55 PM