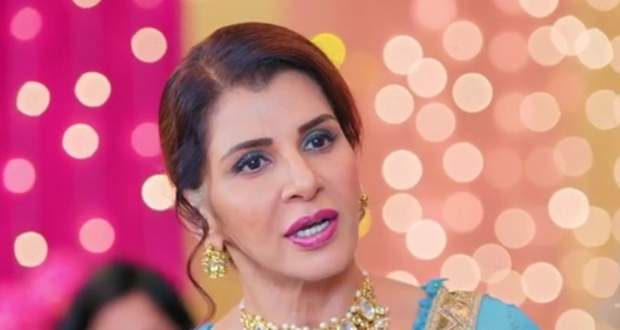 Further, Seher asks about the ritual while Kulwant says that it is for making the groom live longer.

Sarab comes there while Kulwant says that he will live a long life.

Sarab keeps taunting Kulwant while she thinks that he may have figured out the truth.

Param comes there and says that he found the Pendrive and that it was in Sarab's car.

Meanwhile, Yuvi reveals that it is the same Pendrive he took from Bittu and Rana.

They try to steal the Pendrive but leave seeing Dolly who comes there to steal Karan's Sehera.

Kulwant is teaching the servant how to mop the floor while Sarab slips on the wet floor.

Kulwant saves him while he again taunts her but plays it off as a joke.

Karan finds his Sehera missing and fights with Param thinking that he hid it.

Later, Meher informs Sarab that she has hired a detective to find the culprit.

Karan pushes Param and his mouth starts bleeding while the family comes there and worries for him.