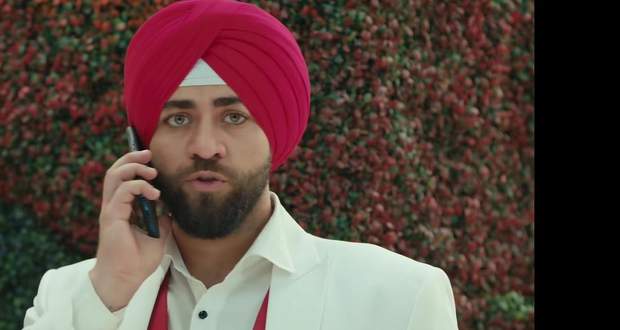 Today's Choti Sardarni 30 December 2021 episode starts with Seher hearing some noises and telling Rajveer while realizing that he must be at the nearby market.

She sends him her live location and tells him to go to Karan as she is worried for him due to everyone knowing their family situation.

At the inauguration, the media reporters incite Karan by calling him not a part of the Gill family and insulting Kulwant which causes Karan to fight with them.

Harleen gets a message from Bhushan that they have kidnapped Kulwant and left the guy with her on the road while she gets shocked seeing Karan and Kulwant at the party.

Seher hears the sound of the bells and tells Rajveer who guesses that the car is near the temple and rushes towards there.

The goons stop the car and leave to have a break while Rajveer encourages Seher to rip apart the seat but the goons return making her panic.

Rajveer runs on the road while Seher gets a call from Kulwant and she messages Kulwant that she'll call her later.

The car stops at a red light and Rajveer spots the car after telling Seher to bang on the trunk but some goons kidnap Rajveer making Seher worry.

At the inauguration, Param says that he is proud that he is Sarab's blood and talks about only himself which angers Karan.

Rajveer encourages Seher to see her surroundings and she tells him that there is paint and he advises her to throw the paint out of the car through a hole so that he can follow her.

However, the goons see the paint trail and stop the car making Seher fear.

The goons open the trunk and aim a gun at Seher while Rajveer hears the gunshot and feels devastated.