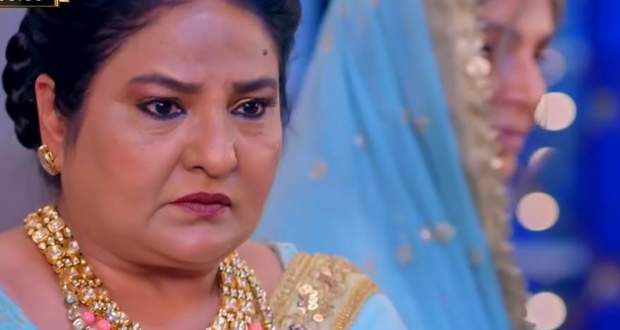 Today's Choti Sardarni 30 November 2021 episode starts with Kulwant encourages Seher to live for them and recalls how she lost Jagga and Seher in front of her eyes.

Further, she puts herself to sleep and leaves the room with others.

The next morning, Kulwant comes into Seher's room with others and tells them that they all will wear matching outfits made from the same cloth.

Seher recalls how Karan and Param used to make dollhouses for her from the cloth and comes back to reality seeing her brothers making the dollhouse for her again.

Seher says that she lost her child as her love while Kulwant tells her that she should forget Rajveer and move on as he chose to save his sister instead of supporting her.

Later, Seher watches the news that Rajveer has been released from jail while Kulwant talks to someone on call to find a groom for Seher.

Elsewhere, Harshdeep tries to talk to Rajveer who frantically searches and gives her a box full of memorable things given to him by her.

He tells her that he is returning all the happy memories given to him by her and leaves addressing her as Mr. Harshdeep Kaur Babbar.

She goes after him and gets shocked to see him with a pot of water.

He rebukes her for using him and manipulating his emotions while Seher thinks that she has lost her child but can't lose Rajveer too and decides to meet him.

Meanwhile, Rajveer performs the funeral rites saying that he is breaking all his relations with her.

Seher sneaks out of the house at night while Kulwant comes there and wonders if someone left.

© Copyright tellybest.com, 2020, 2021. All Rights Reserved. Unauthorized use and/or duplication of any material from tellybest.com without written permission is strictly prohibited.
Cached Saved on: Thursday 20th of January 2022 04:14:14 AM