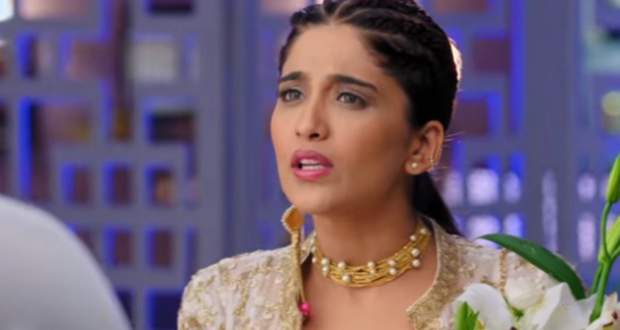 Today's Choti Sardarni 31 July 2021 episode starts with Seher and GJ walking and talking about their studio.

She sees another studio named MehRab dance studio and goes inside angrily.

She gets surprised to see Rajveer and Nikhil inside while they lie that the studio is for her by the Punjab Government to spread the Punjabi culture in Canada and that they applied for it.

Further, Rajveer and Seher go out where Seher asks him if he would like to have the best lassi in Canada while he gets scared looking at the mountains.

He agrees and she takes him to the top of the hill where they enjoy the lassi.

She tells him that they are there to Sky Dive and shouts his name which echoes back. He agrees to do it and they get ready for it.

Elsewhere, Nikhil gets worried for Rajveer when GJ reveals that they have for Sky Diving. Nikhil gets even more worried and reveals that Rajveer is scared of heights while Rajveer jumps from the hill.

Seher sees him and jumps after him seeing him panic. She holds his hands in mid-air and opens their parachutes after managing to calm him.

Upcoming Chhoti Sardarni episode update: Seher gets upset with Rajveer while he apologies to her.