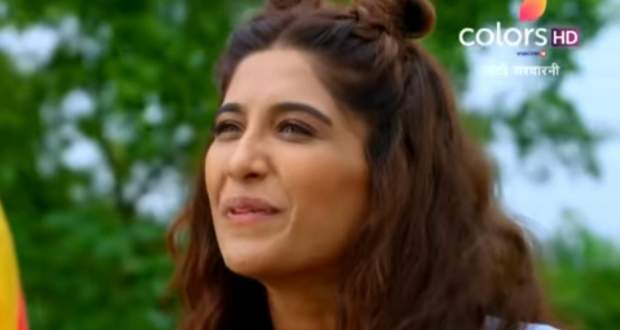 Today's Choti Sardarni 3 August 2021 episode starts with Seher seeing the video of Param pushing Tricky and scolding him on the video call.

Karan and Param start blaming each other and says that she's ashamed to address them as her brothers.

The next day, Tricky and Badi B talk to Seher on a video call while she ends the call saying she is at the special children's school.

The lady informs Seher that the wristwatches of children are getting stolen and Seher thinks to meet the new admission, Aahir.

Meanwhile, Rajveer gets ready with the help of Dida on call and shows her the ring he selected for Seher.

Elsewhere, Seher sees Aahir sleeping and hugs him in his arms while telling the teacher to check the pillow.

The teacher finds the watches inside the pillow while Seher says that he was trying to imitate his mother's heartbeats from the sound of the clock.

Later, Rajveer waits for Seher and goes towards her but she goes past him and hugs someone else.

Rajveer gets heartbroken seeing the guy pull out a ring while he looks at the ring he selected for Seher.

Dida reaches the Gill mansion to ask for Seher's alliance with Rajveer but Nikhil calls her and informs her about the new guy.

Seher addresses the new guy as Kunal as they both say I love you to each other. Seher sees Rajveer going and holds his hand.

© Copyright tellybest.com, 2020, 2021. All Rights Reserved. Unauthorized use and/or duplication of any material from tellybest.com without written permission is strictly prohibited.
Cached Saved on: Wednesday 22nd of September 2021 11:47:01 PM