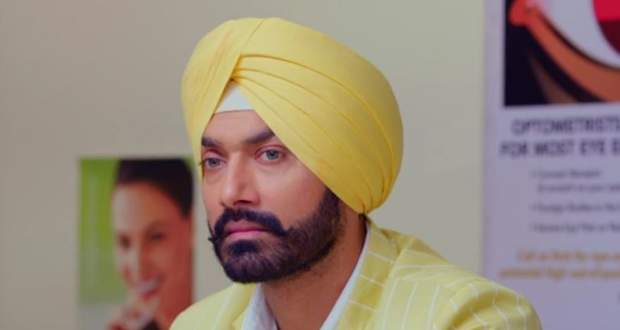 Today's Choti Sardarni 3 June 2021 episode starts with Dolly telling Seher to tell the truth while Seher keeps saying that it was her fault.

Dolly tells her to stand in the sunlight while Kulwant argues with her for punishing Seher.

Meanwhile, the doctor tells that they will do the artificial tooth surgery in some days while Param says that he wants his real truth.

Elsewhere, Karan apologises to Seher while she says that she doesn't want to speak to him.

He asks why everyone hates him and cries while Seher consoles him.

Bitto and Rana look for the pen drive while Kalwant stands holding it and tells them to play it.

However, she gets distracted due to a call from Meher while Yuvi takes the pen drive and leaves.

Karan reveals his mistake and apologies while Dolly instigates Param to not forgive him.

Param forgives him after which the Mehendi ceremony starts.

Kulwant sees her name on the suspect list of the detective's file and tells one of the servants to take special care of him.

The detective gives the file to Meher while Sarab looks at Kulwant.

© Copyright tellybest.com, 2020, 2021. All Rights Reserved. Unauthorized use and/or duplication of any material from tellybest.com without written permission is strictly prohibited.
Cached Saved on: Tuesday 18th of January 2022 06:54:19 AM