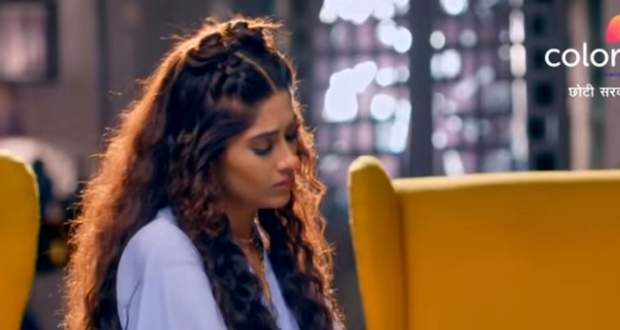 She tells him that they have become good friends in such a short time and didn't want to create misunderstandings.

Rajveer tells Seher that he was going to propose to her as a prank for his YouTube channel while showing her the camera.

He tells Seher that she is his best friend and that he would fight even God for her. He leaves saying that he has an important meeting.

Elsewhere, Dida lights the curtains on fire in anger as Nikhil calls her and tells her to stop Rajveer somehow who is driving the car towards a dead end of the cliff at the high speed.

Dida calls Rajveer and he stops the car just before the dead-end to attend to her call.

Later, Kunal surprises Seher with a romantic date night and makes her recall all their memories together.

Kunal tells her that it's time to call her brothers while she gets upset.

Meanwhile, Param and Karan patch up and call Seher who thinks to inform them about Kunal.

They tell Seher that they have shortlisted prospective grooms for her which leaves her tensed.

© Copyright tellybest.com, 2020, 2021. All Rights Reserved. Unauthorized use and/or duplication of any material from tellybest.com without written permission is strictly prohibited.
Cached Saved on: Wednesday 3rd of August 2022 04:54:45 PMCached Disp on: Thursday 11th of August 2022 11:47:43 AM