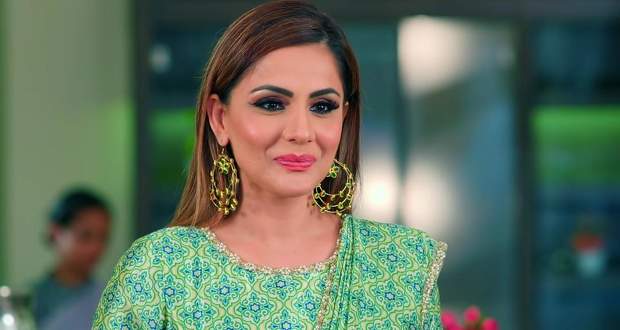 Today's Choti Sardarni 4 May 2021 episode starts with Karan and Param coming home and announcing that they are going to participate in football selection.

Harleen gifts jerseys to Karan and Param for their football match.

Karan gets upset that his Jersey does not have the one number as Param but instead has five number.

Meher is ironing the jerseys but hears Seher crying and goes.

Harleen sees it and accuses Meher of purposefully doing it while Param gets upset.

Sarab scolds Harleen but she leaves saying that Meher is always going to be partial towards Param.

Seher manages to cheer up Param while Meher fixes the Jersey.

Sarab and Meher argue on who will coach Param and Karan advises to do a match the next morning between the two.