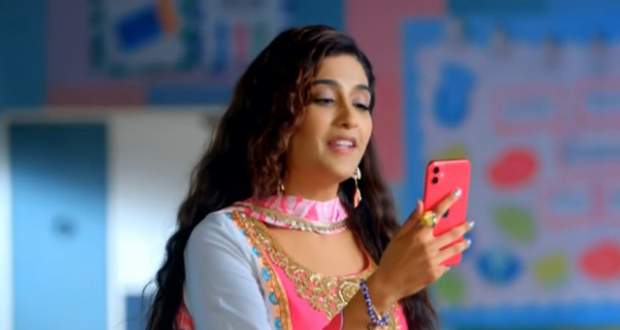 Today's Choti Sardarni 5 August 2021 episode starts with Karan and Param informing Seher that they are coming to Canada to have a dinner with all the shortlisted guys while Kunal disconnects the call.

Seher questions him while Kunal tells her that they will inform them once they reach Canada as they have come together after a long time.

Elsewhere, Rajveer packs her bags and tells Nikhil that he will return to India while Nikhil tries to stop him.

Rajveer thinks to give one last gift to Seher and goes to her flat with Nikhil.

Kunal tries to cheer up Seher by watching a movie with her but she recalls her brothers and starts crying saying what if the brothers don't like him.

Kunal calms her when Rajveer rings the doorbell.

He tries to give the gift to Kunal but Kunal drags him inside to show Seher crying.

Seher tells him that her brothers are coming and he calms her saying he will help them.

Meanwhile, Nikhil is making Dida hear everything on call and asks her if he should reveal the truth.

Later, Rajveer is making arrangement for Kunal while Didi's man sends something to Nikhil.

Elsewhere, Seher is waiting for Karan and Param at the hotel while they reach the airport.

Karan argues with someone and he is about to fight him when Rajveer interrupts the fight saying that he is a Punjabi with a broken heart.