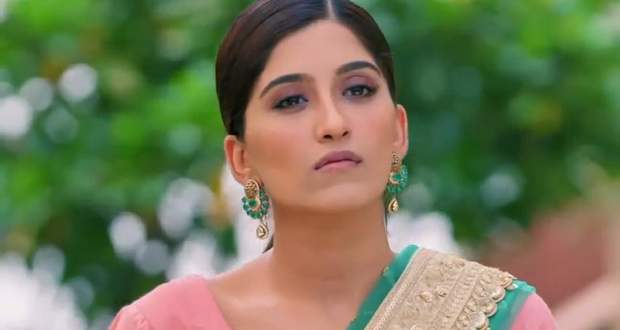 Today's Choti Sardarni 5 May 2021 episode starts with Meher and Sarab playing the football match with Param on Meher's team and Karan and Seher on Sarab's team.

Both the teams have 2 points at half time while Kulwant separates Bittu and Rana from fighting.

She beats both of them and tells them that she will kick them out if they ruin her transport business.

Meher forgets the match and Seher reminds her after which she discusses Param's football skills.

Harleen overhears them and tells the coach on call that she wants Param on the centre forward at any cost.

Param falls and the doctor informs the family that he will need full bed rest for the next three days.

Harleen accuses Meher of doing it purposefully who leaves crying while Sarab goes after her.

Seher suggests Karan not go to the football selection as Param cannot go but he refuses.

Sarab consoles Meher and reminds her of the time Param had got a sprain just like the present one but she doesn't remember the memory.