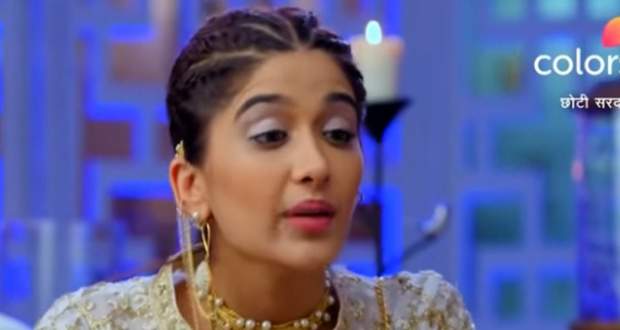 Today's Choti Sardarni 6 August 2021 episode starts with Rajveer asking the brothers if they are fine as they admire his personality.

Rajveer gets a call and leaves before the brothers can talk to her as Seher comes there and they hug.

They play with each other like children while Sarab and Meher are seen in the sky.

They tease her saying she's not eating well and feed her sweets which she loves.

The brothers tell her about the guy they just met but she ignores them and tells them to come with her first.

Further, the guys keep introducing themselves to Seher but she shows no interest in them. She thinks to call Rajveer and Kunal but Karan takes her phone away.

Nikhil comes there and gives an envelope to the waiter who gives it to Karan.

However, before Karan can see what's inside the envelope, Kunal introduces himself to them and asks Seher for dance.

Dida tells Nikhil on call that the brothers need to see the envelop as it contains Kunal's truth about who has taken the money.

Seher and Kunal dance while Rajveer imagines himself dancing in Kunal's place and gets upset.