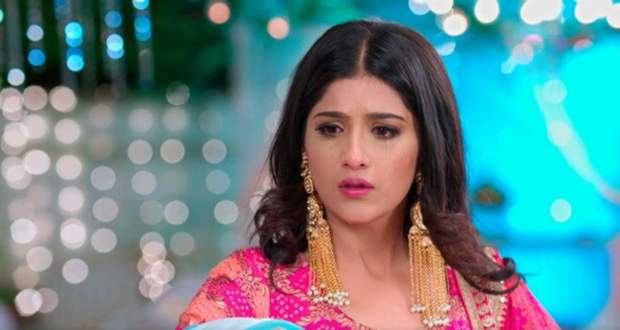 Today's Choti Sardarni 6 March 2021 episode starts with Meher and her family are going home while remembering the moments at school while Yuvi comes home beaten up and tells Kulwant that he did what she told him to do.

Kulwant says that Meher's kids will start hating her and her family will eventually break and praises Yuvi.

Meanwhile, Param asks Harleen to tell him that the kids at his school were lying while she sees Samaira coming to her room amd shouts at Param that Meher did kill Jagga.

Samaira tries to stop Harleen but Harleen recalls the last moments to Param and convinces him that Meher is a murderer.

Elsewhere, Sarabjeet tries to console the kids while Meher suddenly snatches the cloth from him and starts rubbing Seher's hand.

Meher tells him that she didn't kill her brother and that she was framed while Param says that she lied to them.

Other kids start blaming them for lying while Param says that he understands everything and goes away while Sarabjeet goes after them.

Meher is about to go after them while Harleen holds her hand and says that due to her crimes, her family is suffering while Meher talks back to her saying that she is not guilty and that she had to lie to her family because of her.

Harleen says that the court's decision does not matter to society as what happened that day will happen again while Samaira comes here amd supports Meher.

Meher goes to Sarabjeet and tries to get the kids to open the door while Meher starter crying hearing the kids words.

Sarabjeet consoles Meher while she says that she has failed.

Meher reaches Kulwant's house and calls out to her while she suddenly attacks her.

Meher tells her to stop her tactic and tries to make her believe that she is innocent while Kulwant says that she remembers Jaggi calling her the day he died and saying that Meher has betrayed him.

© Copyright tellybest.com, 2020, 2021. All Rights Reserved. Unauthorized use and/or duplication of any material from tellybest.com without written permission is strictly prohibited.
Cached Saved on: Wednesday 22nd of September 2021 08:34:55 AM